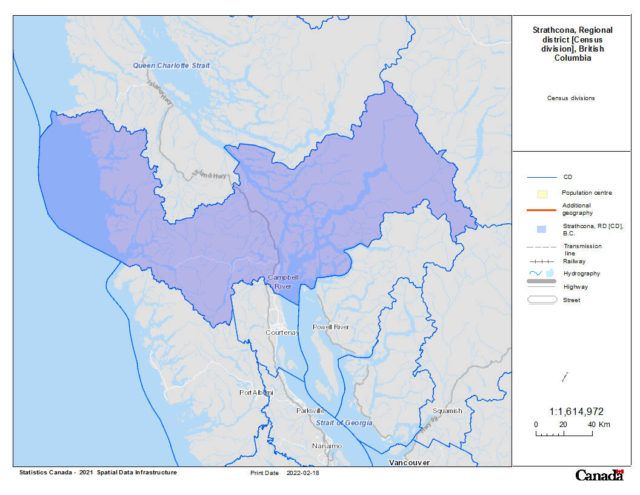 The population in the Strathcona Regional District is growing, according to new numbers from the 2021 census released by Statistics Canada.

“Growth is good for the area,” said SRD board chair Brad Unger. “Growth for the whole area means more kids in schools, more kids being active in minor hockey, softball, lacrosse and that kind of stuff.”

Besides the increase in family activity, Unger noted the economic benefit that an increase in population can lead to. That is particularly true thanks to increases in communications infrastructure including the SRD’s Connected Coast project. With better internet access, Unger said that people are seeing the potential to operate online home-based businesses or work remotely.

While he was not surprised about the growth — BC Stats releases annual population estimates — Unger said that the construction and home sales in the various communities in the regional district also hinted at an increase.

While Tahsis saw the highest percentage growth, the highest absolute growth was in Campbell River, which has 2,512 more people than it did in 2016.

Beyond that, Area C, which includes Quadra Island, saw the most people move in with 306 new residents since 2016.

The population numbers per municipality in the regional district are:

Smaller designated areas including Indigenous communities saw various shifts in population since 2016. Numbers for 2021 are shown below:

Other designated places had a population listed of zero.

What does 2022 have in store for Inflation & Interest Rates?

Since the onset of the COVID-19 pandemic, Canadians have been taking advantage of some of the lowest mortgage interest rates in history.

On March 4, 2020, the Bank of Canada (BoC) made a 50 basis point cut to its mortgage-market influencing overnight rate as the global economy grappled with the arrival of COVID-19, the first cut since 2015. After two additional cuts, the overnight rate sank to 0.25% where it has remained since.

Now, according to the most recent overnight rate announcement from the BoC on Wednesday, Dec. 8, the current rate is still expected to hold into mid-2022. Adding into the mix, Consumer Price Index (CPI) inflation is anticipated to remain elevated into the first half of 2022.

Shaun Cathcart, Senior Economist and Director of Housing Data and Market Analysis at the Canadian Real Estate Association (CREA) sheds light on what inflation and interest rates could have in store for us in 2022.

Another month goes by, and amongst the chaos and cotastrophes of floods, landslides, and other disasters, the real estate wheel in Campbell River continues to roll....

As of todays date, December 8, there are currently just 70 active properties listed for sale in Campbell River. To put this into perspective..... there are over 80 active Real Estate Agents in Campbell River, so there is an average of less than one active listing per agent.  Of these 70 properties;

- 2 half duplexes and 2 full duplexes

Also, a reminder, that although these numbers reflect the number of active listings currently on the MLS Market, there is a strong chance that many of these properties already have accepted offers on them.

The residential home sales for the month of November totalled 63 sold properties. The sales range in price from $276,000 to $1,649,000, with an average selling price of $663,645. This includes every property in Campbell River from bare land, mobile homes, condos & townhouses, and single family dwellings. To break out each category;

We continue to see a jump in our average sale prices, with an increase from $646,607 in October 2021 to $663,645 in November. This increase is still primarily due to the lack of supply and increased demand. Even as we enter into the December winter season, the market is not slowing. For those homeowners waiting until spring to list their home (which is usually the case), there still is no better time to list & sell than right now, especially with the recent announcement of potential interest rate hikes coming in the new year. This is also driving up the demand for buyers wanting to get locked in before the rates rise.

Another rising number is the average number of properties selling for list price or higher, 40 of the 63 sales in November hit this category, a staggering 63% of all home/property sales selling for = or + their list price, with the majority of these sales resulting from competing multiple offers. This phenominon is not necessarily specific to any home category or price group. A $250,000 condo sold for $276,000 and a $929,000 home sold for $970,000. Also, a $1.649,000 sold for list price. So nobody seems to be immune from the risk of competing offers.

Welcome to my new website & new blog posts. I will post regular market updates specific to the Campbell River area every month here.

For October 2021, we saw a total of 74 residential property sales in Campbell River:

We continue to see a huge demand for homes in Campbell River with very low supply. We currently have just 84 active property listings, with a strong likelihood that at least 1/3 of these properties already have accepted offers. 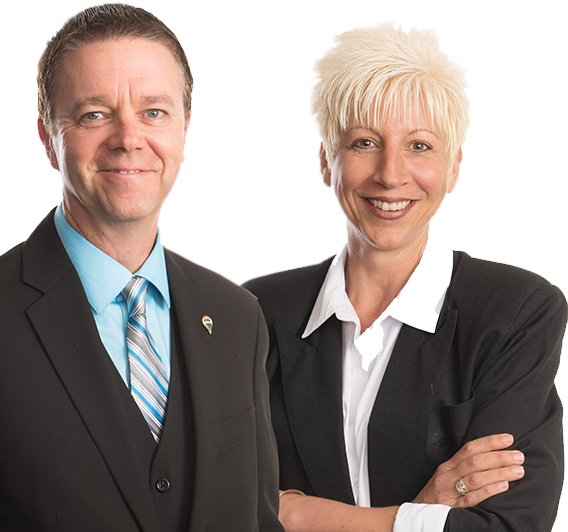